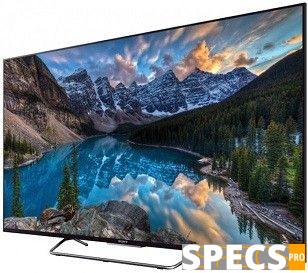 The KDL-55W805C has slow refresh rate 100Hz. It means that the picture on the screen is flashed 100 times per second. The more images per second are displayed - the more natural the video will appear on your television.

List of all TVs like Sony KDL-55W805C . Compare tech specs to its rivals side by side to find out what TV has better picture quality. Select the best TV for now with SpecsPRO easily! All the most popular Sony KDL-55W805C video reviews and tests from Youtube are waiting for you on this page. Watching videos is the easiest and quickest way to get a comprehensive view of the TV's specs and picture quality. They will help you to understand whether it is really the best TV for you.

Do you want to buy new TV? Then you should get true info about the specs and the picture quality from useful Sony KDL-55W805C reviews by users and tests by CNET, PCMag, TechRadar and other experts. They describe in detail the pros and cons of this TV. And if you are already the owner of Sony KDL-55W805C rate it and leave your review to help other сustomers!

Have you already bought this tv?Rate Sony KDL-55W805C to help other customers!