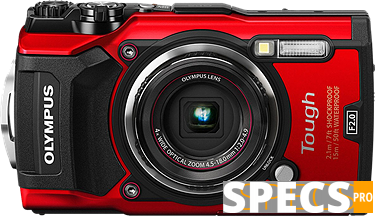 The Tough TG-5 belongs to the category of point and shoot cameras. Its main benefit is a very small size: the photographer can take it anywhere with himself easily. The Tough TG-5 is equipped with different automatic modes but you won't get pictures of the same high quality in comparison to large sensor compact cameras.
The Tough TG-5 can make pictures at 12 megapixels highest resolution. But if you want to get better photo quality the more important thing is a sensor size. This model has a 1/2.3' (6.17 x 4.55 mm) sensor which means that the Tough TG-5 will take pictures with not so high quality as cameras with bigger sensors but instead it has more portable size. And if you want to make pictures of the professional quality pay attention to Leica M Monochrom (Typ 246).
The Tough TG-5 has max shutter speed of 1/2000 sec. It is an average shutter speed that will be enough for making action pictures of a satisfactory quality. The lens is built into the Tough TG-5 and the photographer won't be able to switch it. The lens provides 4x optical zoom.
Also this model has Wi-Fi which means that you can very easy send shots to the phone or tablet for example. The Tough TG-5 even has built-in GPS that will allow the photographer to record the location at which the pictures were captured. The Tough TG-5 battery life will be enough to shoot approximately 340 pictures.

Where to buy Olympus Tough TG-5?

SpecsPRO offers you the list of all cameras like Olympus Tough TG-5. Comparison to its rivals will help you easily to select the device that has better sensor, screen and battery life for now.

Cameras have many specifications and the only way to select the best among similar ones to Olympus Tough TG-5 is to compare their tech specs side by side. 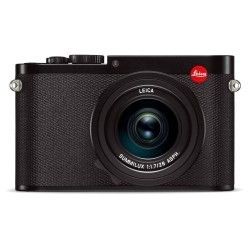 WB Bracketing: Yes (3 frames in either blue/amber or magenta/green axis)

Here are the most popular Olympus Tough TG-5 video tests and reviews from Youtube. Just click Play and receive full info about camera's all specs and features.

Olympus Tough TG-5 reviews and rating by experts and users will help you to understand whether you should buy this camera.

Do not let the advertising fool you! Get only real info about the specs and the experience of usage of this camera. SpecsPRO has gathered many Olympus Tough TG-5 user reviews and the best tests by DPReview, CNET, TechRadar and other experts. If you already own the camera please share your opinion and rate Olympus Tough TG-5. It will help greatly other customers to understand whether they also want to buy this device.

Have you already bought this camera?Rate Olympus Tough TG-5 to help other customers!