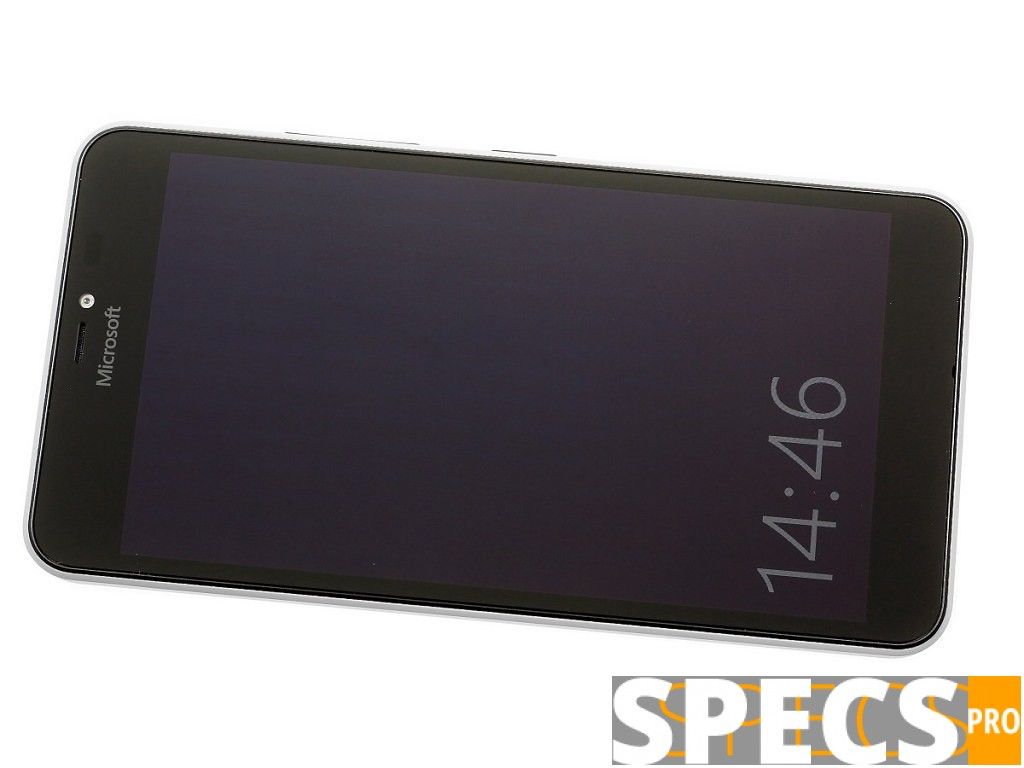 . The cell phone is on sale from carriers including AT&T Wireless, Verizon Wireless, Virgin Mobile USA, Boost Mobile as well as retail stores like Wal-Mart, Target.

The cell phone runs on Microsoft Windows Phone 8.1 with Lumia Denim - one of the not popular platforms. The cell phone is equipped with Quad-core 1.2 GHz Cortex-A7 CPU that shows a great performance. The mobile phone runs 1 GB RAM that is enough for normal usage.

The cell phone has a rather big 5.7 inch display size. This means that most part of users will experience difficulties using the cell phone with one hand. Such screen size has significant benefits in compare to the smaller screen: it's more handy for making pictures, better for watching movies and amazing for browsing the web.

Lumia 640 XL LTE has removable Li-Ion 3000 mAh battery, which can guarantee up to 888 hours of standby time and about 24 hours of talk time. It is excellent battery life results.

List of all phones similar to Microsoft Lumia 640 XL LTE. Find out what mobile phone has better camera, processor, screen and battery life. Compare tech specs of Lumia 640 XL LTE to its rivals.

Many phones specification looks similar at first sight. And sometimes it can be even difficult to say which cell phone is better until you compare their specs side by side. That's why Lumia 640 XL LTE comparison to its rivals will help you greatly to select really the best smartphone for now. Lumia 640 XL LTE video reviews will give you full info about the phone's specs and features in the most convenient way. Just click Play button and relax.

List of Lumia 640 XL LTE reviews by experts and users. The phone rating will help you to facilitate the process of selecting.

The best way to understand all pros and cons of Lumia 640 XL LTE is to read reviews by customers and experts from GSMArena, CNET, TechRadar and others. You will find there real-world experience and not just an attractive advertising slogans of the manufacturer. And if you are already the owner of this mobile phone please share your experience to help other people to decide if they want to buy it. Do you have little time for review? Then just rate Lumia 640 XL LTE it will be very useful too!

Have you already bought this phone?Rate Microsoft Lumia 640 XL LTE to help other customers!